WooCommerce vs Shopify: Which Is Better for WordPress Integration

If you want to add e-commerce functionality, like a storefront, to your WordPress page, you have a few different options. WooCommerce and Shopify are two of the biggest ones available. While both let you set up a digital store, they are very different — and only one may be the right fit for your business.

Here are the main differences between WooCommerce and Shopify and how they compare in features, pricing, customization options and more.

Who These Platforms Are Built For

While both WooCommerce and Shopify provide the same kind of service, the two platforms are built with very different design philosophies in mind.

WooCommerce is an open-source platform and entirely user-hosted — meaning that any files related to your website are stored on your end. This gives you a lot of fine-grain control over how your store looks and acts, but also makes the platform less beginner-friendly. WooCommerce is also built specifically for WordPress sites and is designed to integrate with its plugins and the platform’s CMS.

Shopify is closed-source and hosts its resources on the company’s own servers. In general, it’s more of an all-in-one solution. You’ll have significantly less control over your site’s look and feel, but a lot of the heavy lifting will be handled for you. Shopify also doesn’t integrate directly with WordPress, but it does support plugins that allow you to embed elements of your storefront on that platform’s blog or page.

WooCommerce is free. However, the platform’s base version has fewer features than Shopify. In addition, you may need to buy subscriptions to extensions for some advanced functions on the WooCommerce Extensions store.

You’ll also need to pay for a domain name, file storage hosting, and SSL or HTTPS certification. You don’t need this for the site to function, but having one is a de facto requirement for building a secure e-commerce site.

Shopify has three plans — one at $29 per month, one at $79 and one at $299 — as well as a $9 lite plan and Shopify Plus for enterprise-level businesses. Higher tiers come with extra features, such as additional staff accounts, gift card options and POS support for physical retail locations. They also reduce the cut that Shopify takes from transactions. Like WooCommerce, some advanced functions aren’t available with your subscription and will need to be purchased through Shopify’s app store.

Shopify includes a free SSL certification, hosting, file storage and subdomain with subscription, no matter what level you pick.

While WooCommerce is free, the cost of running your storefront with the platform will probably be similar to the cost of using Shopify. After all, you need to pay for hosting, certification, domain name and necessary add-ons. You will, however, have finer control over your expenses. If you’re already paying for hosting, a domain name or certification, you may not benefit from the complementary resources that come with a Shopify subscription.

Both platforms come with the full range of basic e-commerce features, like cart functions, user ratings and SKU numbers.

The analytics tools for WooCommerce and Shopify are very robust. Both platforms will allow you to collect highly useful first-party data, track conversions and monitor shopper behavior. These tools can also be expanded with add-ons — like the Nelio A/B testing extension for WooCommerce.

Shopify, by default, has a lot more e-commerce functionality built in. Extra base features that come with Shopify and not WooCommerce include additional payment options like PayPal and Stripe checkout, abandoned cart recovery and discount codes.

However, while Shopify’s base feature list is better than WooCommerce’s, there are some features it doesn’t include. You will need an app from Shopify’s store to get them. Depending on what functionality you require, this may mean downloading a free app or purchasing one. For example, both langify, which is necessary if you have a multilingual storefront, and the Rich Snippets for SEO app will cost money in addition to your Shopify subscriptions.

In general, both WooCommerce and Shopify support about the same range of e-commerce functions. You may have to pay for extra features with both platforms, but you’re less likely to need additional paid add-ons with Shopify. If you need more functionality, however, you won’t be limited by your choice.

Both platforms offer themes and plugins that allow you to customize your site design. They are written in HTML and CSS and are fully customizable. WooCommerce builds on top of WordPress, so if you have a theme you like, it will probably work well with no changes needed. You may, however, need to tweak it a little to keep everything working.

Shopify limits your customization somewhat. You’ll have very little control over the back-end software that manages your store. You also cannot customize the structure of your website. The page URL structure of your store will be fixed, which may slightly limit your ability to optimize your site for web searches.

You’ll also need to learn Shopify’s templating language, Liquid, if you want maximum control over your theme’s look and design.

Overall, WooCommerce will offer you more fine-grain control over the look and feel of your storefront than Shopify. You’ll also have much more freedom with the more technical aspects of your site.

Shopify is built to make scaling up painless. As your business grows, you may need to switch to a more expensive plan. In general, though, you won’t need to worry about your storefront failing under the pressure of more customers and orders or greater product range.

WooCommerce also scales, but because you’re handling more parts yourself — like hosting and file storage — you’ll need to manually boost components as your business grows. You’ll need to keep track of more elements as a result, and your storefront may be harder to manage than one powered by Shopify.

You’ll also be fully responsible for any maintenance your site needs with WooCommerce.

Both platforms will scale up seamlessly as your store grows and you need more resources. However, if you don’t want to manage scaling more than one or two different resources as your business grows, Shopify will be the better option.

Shopify has a dedicated, 24/7 customer support line. No matter the time of day, you’ll be able to get in touch with customer service reps via phone, email or live chat.

WooCommerce offers a limited, ticket-based customer support service. You’ll also have access to its forum and community if you need assistance. The forums are host to a variety of tutorials, walkthroughs and step-by-step guides, as well as other WooCommerce community members who have experience with the platform.

The WooCommerce community is large and there are helpful resources available. However, there’s no guarantee you’ll receive timely help if you run into a serious problem that is preventing your storefront from working.

Shopify will be the better platform if you’re worried about your ability to maintain your store. If you have more familiarity with the technical side of running a website and are fine with not having a support line, WooCommerce may be the right option for you.

Shopify is built from the ground-up to be easy to use. When you create an account, the platform will guide you through the entire process of setting up your store. You also won’t need to spend time getting your web hosting in order. Again, if you run into any trouble, you’ll have 24/7 access to the support team.

WooCommerce is also fairly easy to use, but the nature of the platform means you’re much more likely to hit roadblocks while setting it up. To get your store up and running, you’ll need to install both WooCommerce and WordPress. This setup process is not technical or complex, but it is possible to get stuck.

Which Is Better for WordPress Users?

Both WooCommerce and Shopify are very close in terms of features, customization and e-commerce functionality. However, the two are different enough that one is likely to be better for your store. The choice between the two is mostly in how much elbow grease you want to apply while building your storefront.

Shopify is good if you want an all-in-one solution with a guaranteed support line. With Shopify, most of the finicky and tedious aspects of running a website will be handled for you. However, you’ll pay extra for this additional support, and won’t have that much control over what you pay for.

WooCommerce will be better if you want to minimize costs, or if you need to have maximum control over your site and are willing to do some of the technical work yourself. If you already have web hosting, SSL or HTTPS certification and a domain name locked down, you won’t need to pay for these resources again with WooCommerce.

Ultimately, the decision is yours and whichever works for your business.

Kayla Matthews, a tech and digital marketing writer based in Pittsburgh, has written for sites like Marketing Dive, Cision, Contently, and more. Follow me on Twitter @kaylaematthews

How to Host a Webinar in WordPress

Top 10 Funding Options for Your Business 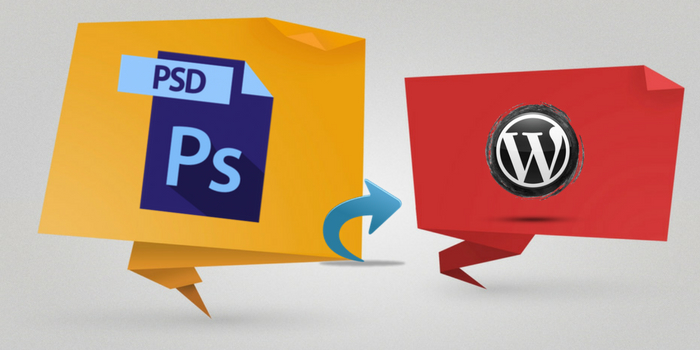 Read More
WWordPress
Last Update Aug 5th, 2021 WordPress popularity is undeniable in the current market. It is flourishing every single… 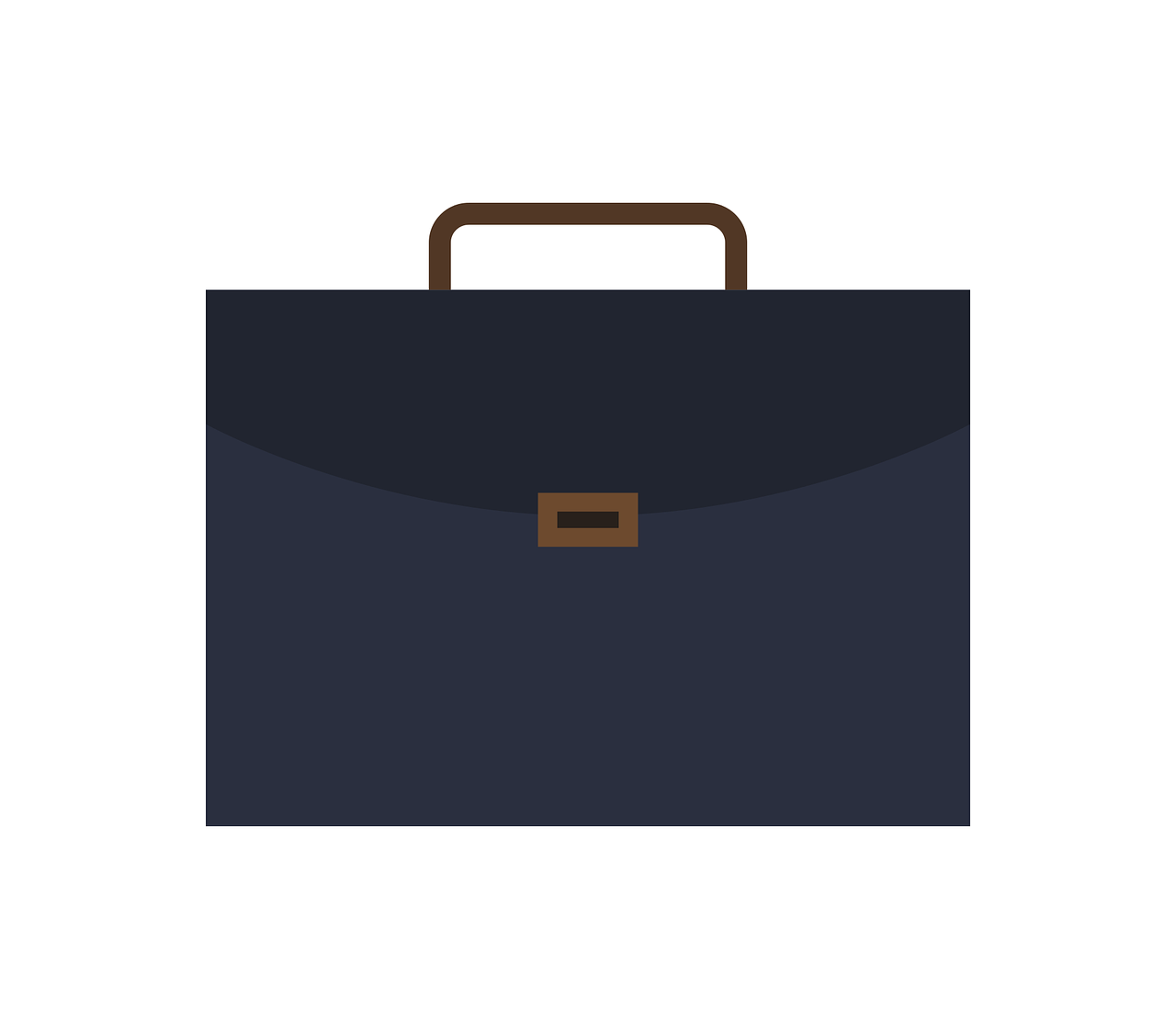 Read More
WWordPress
In today’s world, having an online portfolio is a must. You can share your work online with just…